Energy and use of energy :

→ Energy can be converted from one form to another by transformations. This fact is used by man to satisfy his energy needs.

→ Electric energy is produced in the generators. By using the principle of electromagnetic induction, the magnetic field around conducting wires is changed and this creates the potential difference. This results in the formation of electric energy.

→ In thermal energy power plants the steam is used to rotate turbines. Coal is burnt Heat energy given to water Water heated in a boiler → Water converted into steam of very high temperature and pressure → Steam in energy used to rotate turbines Generator connected to turbines Electric energy produced. The steam is reused by converting it into water Water recirculated to the boiler. 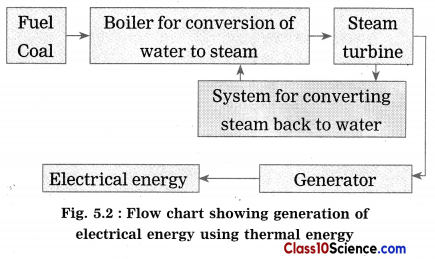 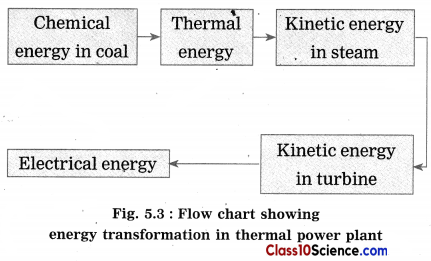 → The chemical energy in coal is transformed into thermal energy When water is heated, it converts into steam. This steam in under high pressure and temperature. This force of steam rotates the turbines. The same steam is again condensed and converted back into water. The excess heat in turbine again makes this water turn into steam. In this way turbine rotates very effectively due to steam.

Power plant based on Nuclear Energy :

→ The energy released by fission of nuclei of Uranium or Plutonium atoms is used to generate the steam of high temperature and high pressure, which is used to rotate the generator for production of electricity. 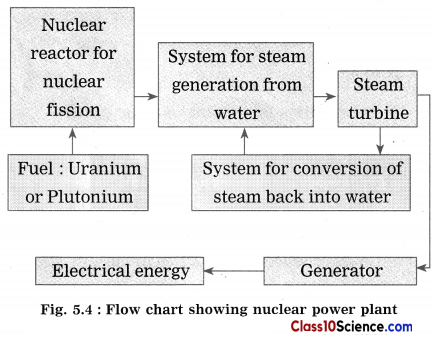 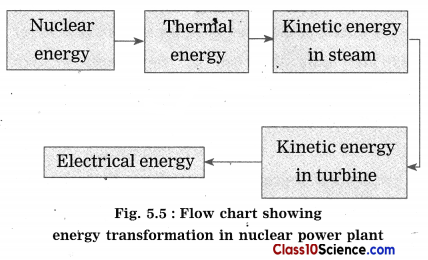 There are proton and neutron in the nucleus of an atom. During nuclear fission, the nucleus undergoes fission either due to natural radiations or due to bombardment of other neutrons on it. The fission liberates the energy which is known as nuclear energy or atomic energy.

Power generation plant based on energy of natural gas :

Very high temperature and pressure generated by combustion of natural gas. This gas is used to run the turbine. 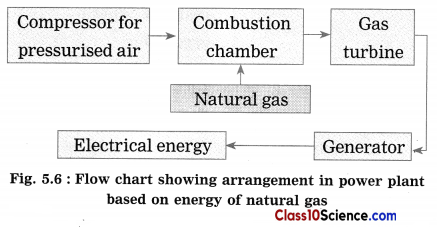 In power generation plant based on energy of natural gas three main sections are present.

→ Into the combustion chamber pressurised air is introduced by a compressor → the natural gas burns due to air → high temperature and pressure → runs the turbine → Turbine drives generator → Electricity is produced. 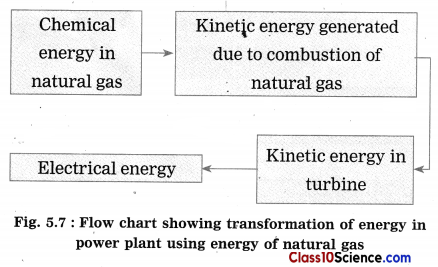 → Fossil fuels like coal, natural gas and nuclear fuels like uranium and plutonium are hazardous and are polluting. Thus, electrical energy obtained by burning these is not environment-friendly. Excessive use of these fuels cause environmental degradation.

Towards the eco-friendly green energy :

Green energy is that energy in which there is no pollution during the generation.

→ The sources of such energy are perpetual and sustainable. These types of energy production are pollution-free and eco-friendly. The entire globe is inclining towards green energy 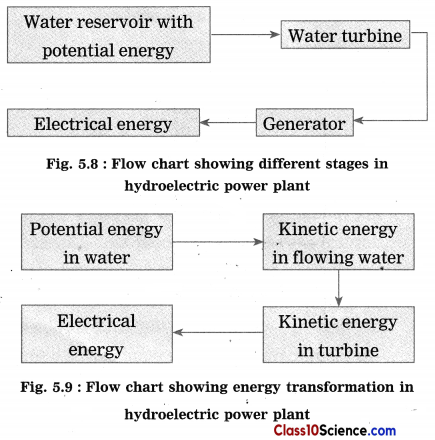 → Solar energy can be used to make electric energy in following two ways: 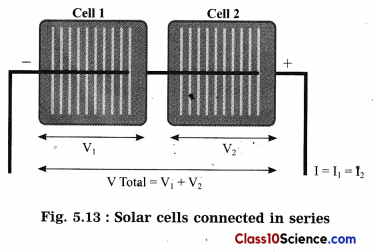 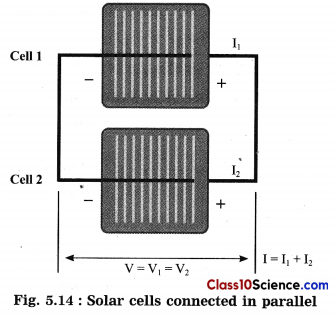