→ The following three types telescopes are orbiting around the earth :

→ Hence, light rays change their path, resulting in a change in the position of the image of a celestial body. City lights during night, and bright sunlight during day also put limitations on usage of optical telescopes on the earth. To minimize these problems, optical telescopes are situated on mountain top, away from inhabited places. However, limitations caused by the atmosphere still persist. 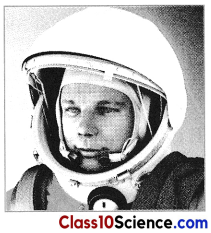 → In nearby area of our residence, many mobile towers are installed at various places. Cellphones receive signals from one of these mobile towers.

→ All mobile towers are connected to satellites. Cellphone signal reaching the nearest mobile tower in our vicinity is first transmitted to the satellite. The satellite transmits the signal to the mobile tower near the destination. 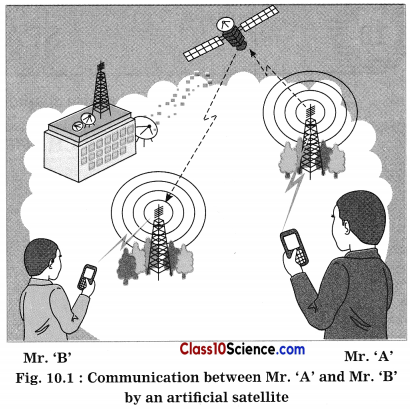 → Alternatively, a small portable dish antenna fixed on the rooftop is also used to receive the TV signals directly from the satellites. Finally, a cable connected to the dish antenna and TV set brings the programme to our TV set.

→ Weather satellites take photographs of the sky above the earth’s surface at regular intervals. Some satellites, capable of receiving radio signals, also collect the information of weather conditions and finally images of the sky are built with computers. Territorial boundaries of the states and the country are drawn later on these images. Such satellite images with imposed boundaries are printed in media or shown on the television.

→ Students can prepare this presentation on the basis of the following outline:

→ Keep it in mind/Do Remember :