→  Joule’s law about heating effect of electric current: The quantity of heat produced (H) in a conductor of resistance R, when a current I flows through it for a time t is directly proportional to

→  The working of an electric bulb, electric iron, fuse wire, etc., is based on the heating effect of electric current 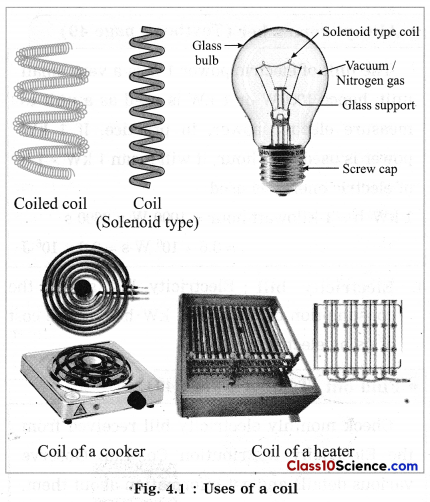 →  Oersted’s discovery : Hans Christian Oersted (1777 – 1851), Danish physicist, discovered the magnetic effect of electric current in 1820. He observed the deflection of a compass needle when placed near a wire carrying an electric current. The experiment described on page 51 of the textbook refers to his discovery.

Magnetic field due to a current-carrying conductor :

→ A magnetic field is produced around a straight current-carrying conductor. If the current is unchanged, this magnetic field reduces as the distance from the wire increases. Therefore, the concentric circles representing the magnetic lines of force are shown bigger and rarefied as conditioners, use of electricity in shops, etc.

→ As a result, excessive current is drawn from the transformer supplying the electricity, and if the capacity of the transformer is insufficient, its fuse wire melts and the supply gets shut down. Such events occur due to overloading. 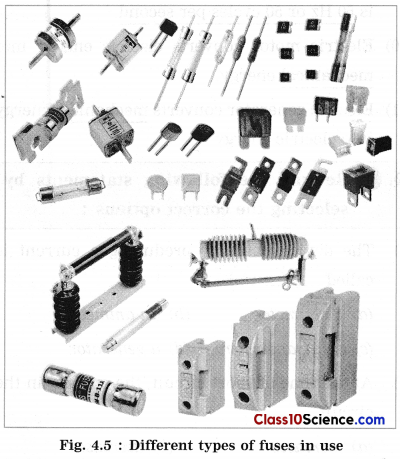 → These days miniature circuit breaker (MCB) switches are used in homes. When the current in the circuit suddenly increases this switch opens and current stops. Different types of MCBs are in use. For the entire house, however the usual fuse wire is used. 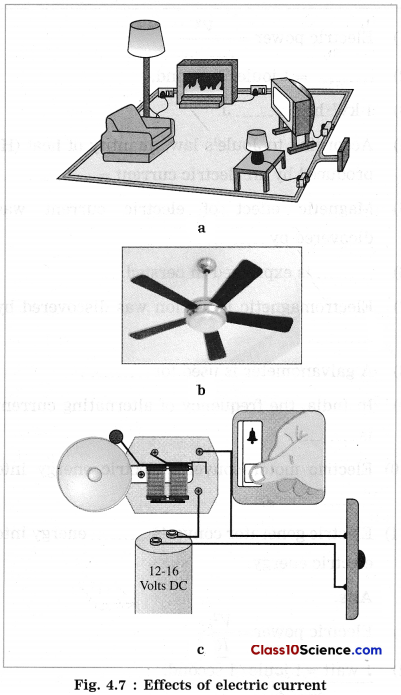