This year, when you reach class 10 and have to deal with subjects like science and math which can be difficult in terms of the materials or topics, having a collection by NCERT solutions for class 10 science will help if students want to score some great marks on their exams. We offer specially-created solutions just for this textbook that are designed more specifically than general textbooks would ever do!

[Note: Equal in magnitude and opposite in direction)

→ As long as we are holding the string. Fig. 1.1 : A stone tied to a string, moving we are pulling the stone alons a circular path towards us, i.e., towards and its velocity in the centre of the circle tangential direction and are applying a force towards it.

→ The force stops acting if we release the string. In this case, the stone will fly off along a straight line which is the tangent to the circle at the position of the stone when the string is released, because that is the direction of its velocity at that instant of time (Figure 1.1 (b)]. 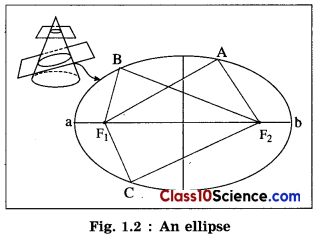 Acceleration due to the gravitational force of the earth :

→ Colloquially we use weight for both mass and weight and measure the weight in kilogram which is the unit of mass. But in scientific language when we say that Rajeev’s weight is 75 kg, we are talking about Rajeev’s mass. 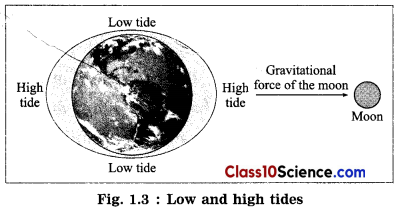 → Uniform circular motion of a planet around the Sun : 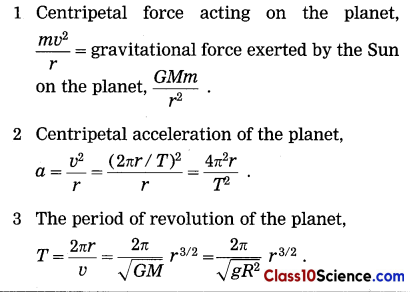 → Space travellers as well as objects in the spacecraft appear to be floating. Though the spacecraft is at a height from the surface of the earth, the value of g there is not zero.

→ In the space station the value of g is only 11% less than its value on the surface of the earth. Thus, the height of a spacecraft is not the reason for their weightlessness.

→ Their weightlessness is caused by their being in the state of free fall. Though the spacecraft is not falling on the earth because of its velocity along the orbit, the only force acting on it is the gravitational force of the earth and therefore it is in a free fall.